The Merkabah is a powerful symbol that is formed by a combination of two tetrahedrons. One is pointing up to the heavens, channeling energy down toward the earth plain and one is pointing down, drawing upward energy from the earth. The upward pointing tetrahedron is male and electrical in energy, it rotates clockwise and the downward pointing tetrahedron is female and magnetic, it rotates counter-clockwise. As the spirit is surrounded by counter-rotating fields of Light, (wheels within wheels), spirals of energy as in DNA, transports spirit from one dimension to another. By using this tool of Sacred Geometry (referred to as the star tetrahedron) we activate the left and right brain together and therefore raise our level of consciousness.  It is believed that with practice, using the Merkabah, you can activate an energy field around you which is capable of carrying your consciousness directly to higher realms. During specific meditations with the Merkabah we find ourselves in a place of complete protection, harmony and Universal balance. The Merkabah is the energy field that exists around every living thing in the Universe. It is the divine light body and is used by the masters to connect with and travel within higher dimensional realms. When the Merkabah is activated, the individual is in a place of complete protection, generated by the unconditional love of the Universe. It is, in essence, an inter-dimensional vehicle, otherwise known as “The Vehicle of Light.” Simply put, the Merkabah (or Merkaba), is the divine light vehicle used to connect with the higher realms. It is mentioned in one form or another in most or all of the ancient texts, usually in reference to ascension. The Merkabah also plays an important role in holding our energy fields together. The Merkabah is a crystalline energy field that is comprised of specific sacred geometries that align the mind, body, and heart together. This energy field created from sacred geometry extends around the body for a distance of 55 feet. These geometric energy fields normally spin around our bodies at close to the speed of light, but for most of us they have slowed down or stopped spinning entirely due to a lack of attention and use. When this field is reactivated and spinning properly, it is called a Merkabah. A fully activated Merkabah looks just like the structure of a galaxy or a UFO. The Merkaba enables us to experience expanded awareness, connects us with elevated potentials of consciousness, and restores access and memory of the infinite possibilities of our being. Returning to our original state is a natural process which can be easy or difficult depending to our belief patterns. Becoming involved with the technical relationships of the Merkabah, such as correcting our breathing patterns or mentally realizing the infinite connections to all patterns of Life, is not enough. The fundamental factor that is even more important than the Merkabah itself, is the understanding, realization, and living of Divine Love. It is Divine Love (often referred to as Unconditional Love), that is the primary factor that allows the Merkabah to become a living field of light. Without Divine Love, the Merkaba is just a machine, and this machine will have limitations that will never allow the spirit that created it to return “home”, and reach the highest levels of consciousness — the place where there are no levels. 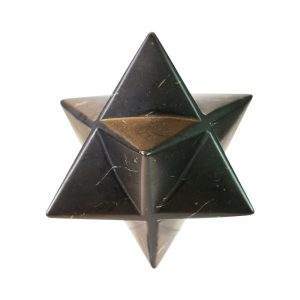